Spelthorne Borough Council has set out its response to plans from Surrey County Council to form a single unitary authority. 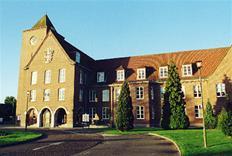 Spelthorne Borough Council has set out its response to plans from Surrey County Council to form a single unitary authority.

Under the current proposals from the County Council, the 11 Districts and Boroughs would be merged together to form a single unitary authority.

They report that it would give the county council greater decision-making powers for Surrey, for example on housing and planning applications.

Spelthorne do not believe this would be advantageous to our residents and at last week's Council meeting, Cllr John Boughtflower, Leader of Spelthorne Borough Council said: "We recognise the principles of localism, many of which are incompatible with a single unitary authority within Surrey. We will be investigating alternative forms of Unitary Authorities, which may be more advantageous to Spelthorne and our residents. In the meantime, I will be joining other Borough and District Leaders across Surrey in signing a letter to the Secretary of State registering that a Surrey-wide Unitary is not the optimum solution and that we are committed to exploring what would be."

An extract from the letter, signed by Cllr Boughtflower and other Council leaders across the County, read: "The Government has indicated that as an optimum guideline, unitary authorities should represent populations of between 300,000 and 500,000 people per administration. A single unitary authority for Surrey would represent 1.2m people and this would be equivalent to only the larger of metropolitan areas but without the clear sense of locality recognisable to residents across a vastly different geographical spread. Further to this, it would be the largest unitary in England. This is one of the reasons why it is so necessary to evaluate other options which may represent localities (and the characteristics of Surrey communities) more appropriately."

Spelthorne, along with other districts and boroughs, have committed to seeking alternative forms of Unitary Authorities and ensure the timing of any such reorganisation is done with residents at first. The Council have also committed to present such considerations to the next Full Council Meeting, which would consider the Government White Paper, should it be available.

·         This subject matter will be addressed with the Spelthorne community by consulting with the local Residents Associations and we will be holding a 'virtual' engagement session to ensure residents in the Borough are part of the process.

·         Keep up to date with Council news by signing up to our e-newsletter or register for My Alerts which will keep you up to date on selected information by email.